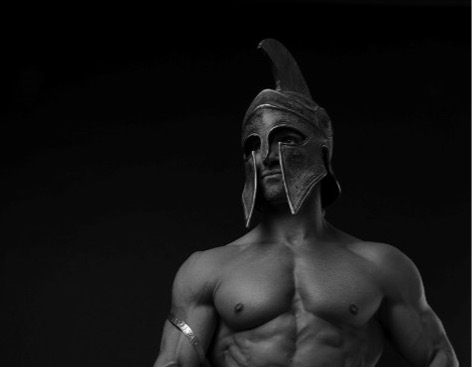 03 Feb Pagan Pornotopias? The Reception of Antiquity in Eroticism and Pornography

Posted at 08:28h in Sin categoría by Marginalia Classica

The eighth conference of the Imagines group, which will take place at the Universidad Autónoma de Madrid (Spain) on September 27th-29th, 2023, will be dedicated to the reception of ancient cultures, especially Greece and Rome, in eroticism and pornography from the 19th century to the present. Consistently with the main research aim of the Imagines group (//www.imagines-project.org/), the focus will be on the reception of the ancient world in visual and performative erotic and pornographic productions (a discussion at theoretical level of characters of and differences between eroticism and pornography is also welcome, within the conference’s main topic, the reception of Antiquity).

It has been recently pointed out that ancient Rome indeed can be defined in the modern Western popular culture as a “pornotopia”, in which the most diverse and deviant form of sexual practice and desire can be located. An important aspect of this eroticised characterisation of ancient Rome is its implicit opposition to Christian morality (and sexual repression), which derives from the narratives of Christian chastity and martyrdom that have been so widespread and relevant in Western cultural memory since the Middle Ages. Yet this is not the only reason that has fostered a markedly erotic relationship between the modern times and the ancient world. At the same time, indeed, ancient Greece has played a crucial role in constructing and legitimating same-sex attraction – and Plato (and in particular Aristophanes’ speech in the Symposium) has been deployed since the 19th century to provide the – particularly male – gay community with a legitimating narrative within the frame of European philhellenism. As formulated in 1961 by ONE magazine for example, “almost the first thing that any [male] homosexual does, when called upon to offer any serious defense of homosexuality, is to draw upon the glorious example of the manly Greek warriors and athletes who apparently practiced homosexual love openly and without shame”. Similarly, ancient historical or mythological figures such as Sappho or the Amazons have been deployed to shape and legitimise female homosexual identity. Other ancient peoples – the Persians, the Egyptians, the Etruscans, just to name some examples – have been portrayed since Antiquity and through typical mechanisms of Othering as sexually deviant from the assumed “norm”; this has also filtered into modern receptions, which often replicate, translate and modify the Orientalist stereotypes already widespread in the ancient world (one can think of the representation of the Persians as “sexually deviant” in the blockbusters 300 and 300: Rise of an Empire).

We invite all people interested in presenting a paper to send an abstract (in Spanish or English) of no more than 300 words (bibliographical references included) to imagines8madrid@gmail.com by July 1st, 2022. Accepted papers will have to be held in English or Spanish and be around 20 minutes long. Selected papers from the conference will be published in a collective volume that will appear in the Imagines series at Bloomsbury’s (//www.bloomsbury.com/uk/series/imagines–classical-receptions-in-the-visual-and-performing-arts/).